Not only at Glosrose are we celebrating our 40th Anniversary, but this is also a special year as we recognise Gary Smithers and Ian Daniels for their 25 years service to the company.Gary SmithersGary first started as a Welder in our Kemsley Mill back in 1996. As a few years passed he then became Workshop Foreman for us at Stenna Line, Western Docks, Dover. With this ten year stint under his belt, he then moved to the Hollingbourne Office where he has been Service Controller for the last 15 years.Ian DanielsIan also started back in 1996 but as a Workshop Engineer at our Kemsley Mill, from there he moved to our Hollingbourne depot a few years later. The last 20 years has seen Ian as a Mobile Engineer where he is highly respected member of our team.For the last 25 years both Gary and Ian have been an important part of the Glosrose family, and they are both regarded highly by the management and their work colleagues. This is a significant milestone for both of them, and we would like to officially thank and congratulate Gary and Ian for their service and loyalty over the years, and wish them continuing success in the coming years.Russ, Tony and Jake. 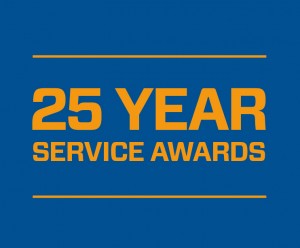